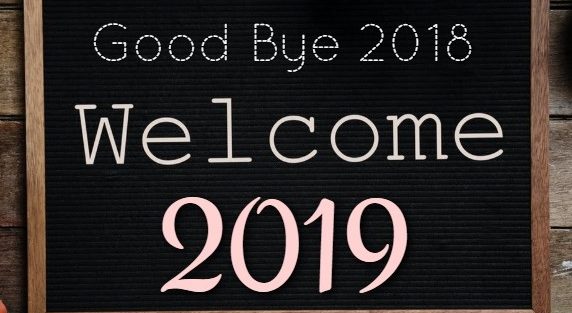 As we bid farewell to a fantastic 2018 here at Fingertips Typing, we wanted to take the chance to look back at what has happened in the world this year.

In January we saw the Lunar Eclipse and the phenomenon of the Blue Moon.

On the 4th March The city of Salisbury made news headlines across the globe as Former Russian double agent Sergei Skripal and daughter Yulia are poisoned by the Novichok nerve agent in Salisbury, England. UK counter-terrorism police investigate amid speculation the Kremlin was behind the incident.

If sitting on a plane for over 24hrs floated your boat the you would have heard that on the 25th March Quantas launched the first direct non-stop Boeing 787 Dreamliner flights between Perth Airport and Heathrow Airport, making it the first commercially non-stop service between Australia and the United Kingdom.

On the 27th April, something amazing happened; Kim Jong-un crossed into South Korea to meet with President Moon Jae-in, becoming the first North Korean leader to cross the Demilitarized Zones since its creation in 1953.

On the 19th May the wedding of Prince Harry and Meghan Markle held at St George’s Chapel, England, had us all glued to the TV sets with an estimated global audience of 1.9 billion.

On the 12th June, the unexpected really did happen in Singapore with the first summit between the United States President Donald Trump and the North Korean Leader Kim Jong-Un T The 2018 North Korea–United States summit.

On the 10th July people held their breath for the safe rescue of twelve boys and their football coach from the flooded Tham Luang Nang Non cave in Thailand, following a 17-day ordeal that gained worldwide attention

20th October 700,000 people march through central London demanding a second referendum on the final Brexit deal. The event is the second most attended protest of the 21st century in the United Kingdom after the “Stop the War” anti-Iraq War march in 2003.

11th November marked 100 years since the end of World War One, with many nations around the world, particularly ones in Europe and the Commonwealth, along with the United States, celebrate the ending of the Great War with Armistice Day, Veterans Day, and Remembrance Day Ceremonies, speeches, parades, and memorials

1st to 8th December France experiences its worst civil unrest since the protests of 1968 due to the yellow vests movement. Protests in Paris morph into riots, with hundreds of people injured and thousands arrested; over 100 cars are burned, the Arc de Triomphe is vandalized and numerous other tourist sites are closed, both in the capital and elsewhere in the country.

We would like to thank all of our customers for their custom and wish you all a fantastic New Year, let’s make 2019 Brilliant!

Love Cathy and The Team x