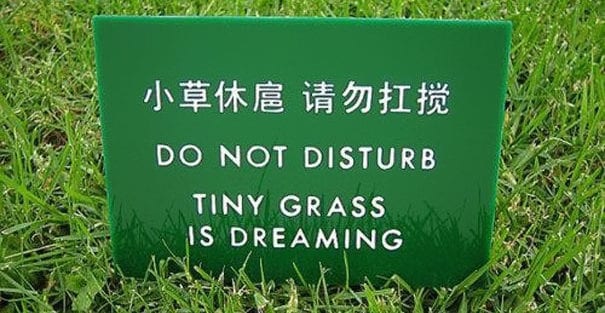 As a global community, translation plays a big role in ensuring that countries unite, communicate and trade with one another, but what happens when things get lost in translation.

Knowing how to speak two languages is not the same thing as knowing how to translate. Translation is a special skill that professionals work hard to develop.

It is often thought that translation is easy. People often think that it’s just a matter of replacing each source word with the corresponding translated word. Unfortunately, translation is much more complicated than that.

Language is complex; there can be multiple ways of saying the same thing in another language, not to mention things like syntax, grammar, colloquialisms, making the potential for mistakes, huge.

This blog post takes a look at some of the biggest and sometimes funniest translation fails.

Companies should avoid literal translation as it can cause a whole host of confusion, not to mention a PR disaster.

To find out more about our Translation Services email us: [email protected]