May... we help? - May Bank Holiday - Fingertips Typing 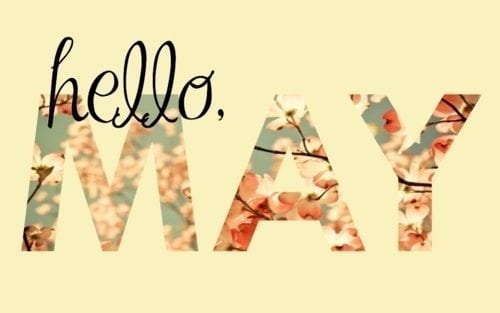 May… we help? – May Bank Holiday

This weekend sees the May Bank Holiday in the UK, a three day weekend, where historically banks and businesses would close.

It’s a running joke in the UK that, on the day that we have a day off work due to the bank holiday, it rains.

The forecast, for the South East, at least, on Monday 2nd May, says cloudy, but not necessarily any rain.

The May Day holiday is the fourth of eight bank holidays in the UK.

British bank holidays are public holidays and have been recognised since 1871. [1]

The name Bank Holiday comes from the time when banks were shut and so no trading could take place. [1]

The first of May was the bank holiday, however, in modern times, it has moved to the first Monday in May, for convenience for schools and businesses, creating a long weekend.

There are many traditions that surround the 1st of May, predominantly to do with the warmer weather and the onset of summer, after a long winter. The earliest celebration can be traced back 2000 years, where  Floralia, festival of Flora, the Roman goddess of flowers, was celebrated. [2]

Much of the May Day celebrations derive from the pagan Anglo-Saxon customs held during “Þrimilci-mÅnaþ” as well as old Celtic traditions.

“The Old English name for the month of May means Month of Three Milkings.”

In the past, people would cut down young trees and put them in the ground on the village green, tie ribbons to the top, and dance around to mark the arrival of the warm weather.

The dancers would weave in and out of each other, in opposite directions, effectively causing a plait-like effect with the ribbons. Maypoles were popular all over the country, and school children would practice for weeks before May Day to ensure they were able to remember the dance on the day.

May Queens were, and still are,  human representations of the Roman goddess, Flora. A May Queen might be chosen from a group of young women, aged 13 and above, who had either performed a dance or similar, and would lead the procession.

Another tradition associated with the idea of choosing a May Queen, is the May Lifiting. On the first of May, in the old days, the young men of the village would choose the prettiest girl in the village and carry her around on their shoulders. On the second of May, the girl would choose a boy.

Morris dancing may have originated from several different places. The name Morris may be traced, possibly, back to a form of dancing that arrived in England with the arrival of the Moors from North Africa. Alternatively, the name of the dance may be so called because the dancers looked  Moor-ish, with their darker complexions. The dancers sometimes painted their faces black. [1]

Across England, the Morris dancers can be identified by their clothes. They are often dressed in white with coloured baldrics (coloured belts) across their chests. [1]

The formation of the Morris dance consists of either six or eight men, in two lines facing each other or in a circle. Part of their costume is white hankies or sticks, that they wave or shake. Some Morris dancers have bells tied to their knees to add to the music and their calls. [1]

1st May round the World

Around the world, the 1st of May is widely associated with commemorating the advancing of labour movements. It is known as Labour Day or International Worker’s Day.

In the US, in 1884, the American Federation of Organized Trades and Labor Unions demanded an eight-hour workday, to come in effect as of 1 May 1886. This resulted in the general strike and the Haymarket Riot of 1886, but eventually also in the official sanction of the eight-hour workday. [3] Labour Day, despite the auspicious date, is actually celebrated on the first Monday of September.

Canada, Australia, New Zealand and the Netherlands also celebrate Labour Day on different dates; though that has to do with how the holiday originated in those countries. [3]

Fingertips Typing Services can help with your labours, even if you have to work on any of the UK bank holidays. Visit us to find out more.