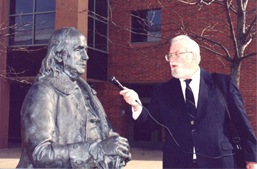 Is there a tradition or story that’s been handed down for generations in your family? It’s not written down anywhere, it’s just been told, from one person to another. There must be some truth in it somewhere but it’s been added to and embellished, blurred and reimagined through time.

This telling and retelling is as old as language itself. Since Man began to form words, stories are told to the young as warnings, as lessons, as bedtime tales. Before we could write, things were passed on verbally, and still it happens today. Indigenous tribes across the world have historically passed their knowledge and experiences along the familial lines through verbal accounts and rememberings.

Oral history is often used as a generic term to refer to any information about past events and the information that is passed on by the people who experienced them.

Professional historians consider this to be oral tradition, rather than oral history.

An article from the Columbia Encyclopedia[1]  states:

“Primitive societies have long relied on oral tradition to preserve a record of the past in absence of written histories. In Western society, the use of oral material goes back to the early Greek historians Herodotus and Thucydides, both of whom made extensive use of oral reports from witnesses.”

Native American tribes, of which there are hundreds, each have their own language and culture. They all share the rich heritage of oral tradition and in the past, those in the tribe who performed stories, songs and rituals were held in high esteem[2].

Oral communication within the Aboriginal communities in Australia is still widely used. Through this, the concepts and beliefs about The Dreaming – the term used to describe the relations and balance between the spiritual, natural and moral elements of the world – are passed from one generation to the other. These traditions pass on vital information about language, laws, even directions[3].

For the Inuits, the oral tradition of story-telling is a vital part of their culture. Historical events, as well as myths and legends, have been passed down, often with amazing accuracy. According to the Arctic Voice[4], a website dedicated to a 3000 mile journey by kayak and dog-sled to hear the stories of the Inuit, “even to this day, accounts of those who witnessed the fate of Franklin’s men” – a British voyage of arctic exploration, lead by Sir John Franklin[5] in 1845, where all 129 men were lost – “have been passed down over the years.”

In all three examples of native oral tradition, stories and history are now being recorded by other means that by verbal retelling, leading us to oral history.

“Oral history is the collection and study of historical information about individuals, families, important events, or everyday life using audiotapes, videotapes, or transcriptions of planned interviews. These interviews are conducted with people who participated in or observed past events and whose memories and perceptions of these are to be preserved as an aural record for future generations. Oral history strives to obtain information from different perspectives and most of these cannot be found in written sources.”[6]

Transcription is just one tool that is used to capture oral histories, through tape and digital recordings. Oral history came into its own during the sixties and seventies due to tape recorders being manufactured cheaply, making them inexpensive to buy. In America, social movements such as civil rights, feminism and the anti-Vietnam War protests were documented on tape.

In Great Britain, during 1998 and 1999, ahead of the Millennium, forty BBC local radio stations recorded personal oral histories from a wide cross-section of the public for the series The Century Speaks[7]. The interviews, transcriptions and recordings, equating to 320 hours of radio programmes that were broadcast in the final weeks of 1999, are stored in the Gloucestershire Archives.

Obviously the methods of recording and storage of oral histories have changed over time, with the never-ending march of technological developments.

The Making History website, developed by the Institute of Historical Research, discusses the making of oral history, with particular reference to technical change[8].

Late 1870s until the 1980s: audio was recorded and reproduced almost exclusively on mechanical and magnetic carriers.

1960s: professional audio reel-to-reel formats were developed and were used by oral historians.

Digital audio files are still in use today, in many formats, and are easily stored and transported across a variety of file formats. Mobile technology also makes it convenient to record, store and send files at the touch of a button. These are the files that are used for transcription purposes.

Although our population is aging, higher standards of living, combined with improved healthcare mean our elders are living longer. Our elders have a lifetime of memories and history, and it would be such a shame to lose all of that experience. Why not try your own hand at recording your own oral history?

Technology means you can use your tablet or mobile phone to record whilst you talk to your relatives, to those in your community. There may be a community oral history project or group in your local area. Our history is too good to lose and being able to share the past with our future generations will ensure those memories will live on, whether in audio format or being transcribed to the written word.