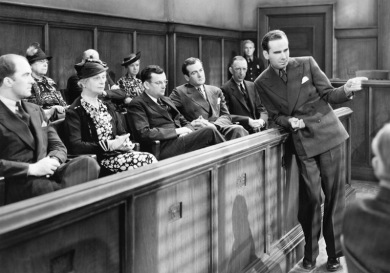 It is believed that police cautions were first used in the early 1800s.[1] By the 1920s, police began to give drivers  written warnings for motoring offences. The Home Office, in 1928, published statistics on cautions. [2] From 1995 cautions were recorded on the Police National Computer (PNC), and it was recommended that cautions should be retained for 5 years, though each police force could follow its own guidelines. [1] The Criminal Justice Act 2003 introduced the concept of statutory Conditional Cautions.[1] In 2008 a Home Office circular made clear suspects must receive a written explanation of the implications before accepting a caution, to meet the informed consent obligation, and provided a new form to be signed by the offender which explained in considerable detail the consequences. [1]

It’s a serious situation when an individual is being cautioned, as they are most likely getting arrested and charged with a crime. However, the process is not always dramatic or exciting, so when TV series and movies are made, everything tends to be a bit more over the top Remember these:

“Get your trousers on – you’re nicked!” – The Sweeney

Do you remember any catchphrases of TV/movie cops? Let us know in the comments section below.

You do not have to say anything. But it may harm your defence, if you do not mention when questioned something which you later rely on in court. Anything you do say may be given in evidence.

This version of the police caution has been used from the inception of the Police and Criminal Evidence (PACE) Act 1984.

The caution prior to that was “you do not have to say anything unless you wish to do so, but what you say may be given in evidence.”

Around the world, police cautions differ in language but follow the same format.

In the US, it is called Miranda warning, but also known as Miranda rights and is a right to silence. [3]

In Australia, the caution differs slightly from state to state:

New South Wales – You are not obliged to say or do anything unless you wish to do so, but whatever you say or do may be used in evidence. Do you understand?

Queensland – Before I ask you any questions I must tell you that you have the right to remain silent. This means you do not have to say anything, answer any question or make any statement unless you wish to do so. However, if you do say something or make a statement, it may later be used as evidence. Do you understand?

In New Zealand, the caution follows the same lines:

You have the right to remain silent. You do not have to make any statement. Anything you say will be recorded and may be given in evidence in court. You have the right to speak with a lawyer without delay and in private before deciding to answer any questions. Police have a list of lawyers you may speak to for free.

These examples of police cautions were taken from Wikipedia – click here for more examples from around the world.

In 1984, the Police and Criminal Evidence (PACE) Act came into being, with the purpose of regulating police powers and protecting pubic rights.[4]

Additional codes of practice have been published and updated since 1984 to provide specific guidance around :

Code E explains how audio recordings should be conducted at each stage of the interview.

Evidence and Its Uses

Evidence that has been recorded enables the prosecutor to make a decision informed by what was said at interview. It is also entered as an exhibit to the officer’s statement, and may be used in the same way as physical evidence. Should the recording be entered and accepted into evidence, it will be used for the conduct of the case, when it has been accepted by the defence. There is no requirement to prepare a record of the interview if the person who was questioned about and/or charged with an offence nor when the person stays silent or only says ‘no comment’ throughout the interview.

If the recorded interview is accepted as evidence, it can be played or transcribed.[5] Should there be a need for the interview to be transcribed, there are guidelines that should be followed, outlined in PACE Code E Note 5A. [6]

5A Any written record of an audibly recorded interview should be made in accordance with national guidelines approved by the Secretary of State, and with regard to the advice contained in the Manual of Guidance for the preparation, processing and submission of prosecution files.