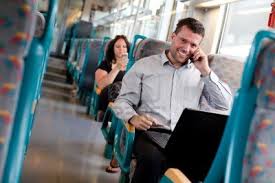 You are a one-man/woman business.  Your business is talking to people, extracting information and then designing your services around their requirements.

You spend very little time in your home office; you are travelling, up and down the country, on trains, in cars, in aeroplanes.   When you are at home, you don’t want to spend time, keying in all your meetings, and thoughts. 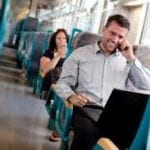 Voice recording can be done on any smartphone or specialised recording device and those recordings can be passed on to Fingertips Typists who will then transform the spoken word on to a perfectly formatted computerised word document for your files.

Fingertips have a bank of professional, experiences typists able to transcribe from most, if not all, audio formats, including video.   Accents are not a problem; the transcribers come from all over the country as well.

Don’t have a recorder?  Have the document on paper, but you need a computerised version of it – Fingertips can provide Copy Typing services as well.

You completely mishear what is being said?

Once, when transcribing for a firm of Surveyors, I became stuck on a phrase which I kept hearing over, and over again. “Funkle The Gay”.

I was so distressed.

I was completely sure this was what I was hearing and I listened again, and again and again, but no matter in what context
I heard it, it always sounded the same. “Funkle the Gay”.

Because it was a topic which was unknown I was “Googling” frantically.   I wondered perhaps if it was an architectural phrase, known only in “circles”.   Nothing.

Sadly, I admitted defeat, knowing that I could not realistically enter “Funkle the Gay”, on any official survey document.   Happily, the Surveyor, once he had stopped laughing told me it was “Fungal Decay”, and was indeed a very common architectural problem.

Exceptionally clear and precise audio is the exception.

What seems immaterial in situ, for example, the nervous tapping of a pencil on the desk, the picking up and down of a cup of tea, becomes breathtakingly annoying for the transcription typist.   Add to that the noises from external factors to which the interviewer, and interviewee are oblivious and transcribing correctly becomes nigh on impossible.

Imagine the scene.  Two people meeting for an interview in a coffee shop.

Although they are in a quiet corner, the noise of the coffee machine is constant in the background.

A good transcriber can identify the types of coffee being made.  “Bang, Bang, Whooooosh”.  Latte with a Double Shot.  “Bang, BRRRRRRR”, Espresso”.

He is interviewing her, his questions are important, so he faces the microphone towards him.

Her answers are important; he forgets that although he is hearing them, the person on the other end of the tape can’t make all the answers out through the Cappuccino on the machine, and him slurping.  Yes. He does take a slurp after every question.

BING, what’s that?  The door opened. BING…BING.  Oh, shop is getting busy now.

Between the machine, the coffee cup being turned on the saucer, his slurps, and the door, you are left with a transcription which is full of holes.   “Unclear”, on every response.   Follow the instructions on Blog 17thNovember, to keep your recording clean, and your transcriber happy.

Your transcription is littered with names of people you have never heard of?

Google is the transcribers’ friend.

You would be amazed at how accurately Google can take your guestimate of a name or a word, and place it in context.

Don’t ever think that a transcriber listens once to a tape, and types what is heard on that first run through.   A good transcriber listens to the audio for a moment before starting, to ensure that she understands the accents.   (The range of accents across the British Isles is astounding – which is why Fingertips employ Transcribers from the length and breadth of the UK).

A good transcriber gets into the rhythm of the audio.  Your mind starts to think in that accent, so that you can anticipate some of the words, even though you are not hearing them clearly.  Often it is possible to become so embroiled in the audio that it becomes a struggle not to type in the accent.

If you start listening to an audio and you struggle to pick it up you should listen for a little while, and then leave it before returning after a break.   The transcribers’ pet hate;  a speaker who has a very definitive way of speaking, like, saying, like, a word, like, over, like, and over, like, you know what I mean like.

Whatever transcription project you have, Fingertips can help.